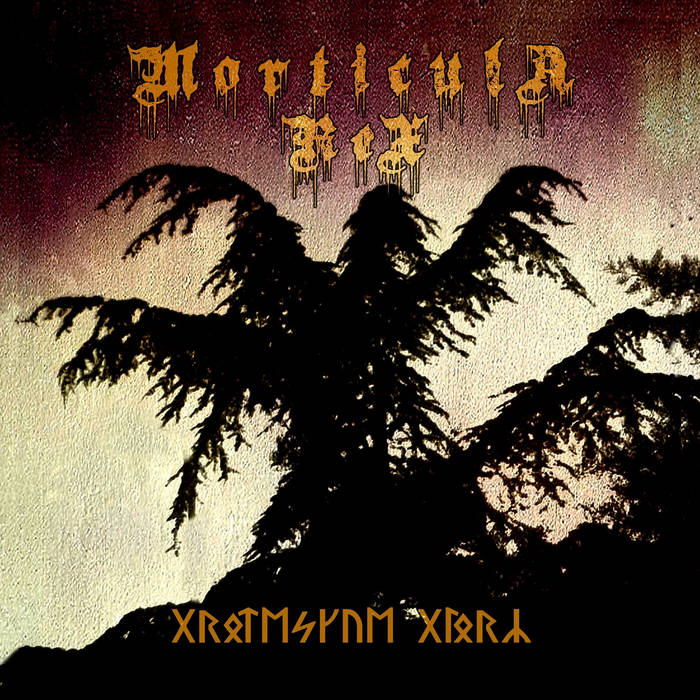 Hailing from Sicily (Italy) Morticula Rex is a Death/Doom band born in 2018 by the sick mind of Alessandro Wehrmacht (member of Daemonokrat and Religio Mortis) and influenced by bands such as Black Sabbath, Celtic Frost, Bathory, Carnivore, Mercyful Fate, Autopsy, Bolt Thrower, Nasty Savage, Mayhem, At The Gates, Necrophagia, Dark Throne, Candlemass and the whole old school Evil//Death/Doom Metal scene.
The first full-lenght called "Grotesque Glory" was composed, arranged and recorded in a couple of weeks at Disharmony Studios entirely by A.Wehrmacht during November 2018.

"Grotesque Glory" is a concept album based on the Norseman's raids that took place on the coasts of Northumbria (England) in 793 A.C.
A bloody journey through the violent clashes between the legions of Christianity and the hordes of the Elder Gods of the North.
This was the beginning of two centuries of atrocities...An endless war which led the Norsemen to explore and conquer a distant land called Sicily in order to found their own domination in the middle of the Mediterranean Sea.

All Songs, Music and Lyrics by A.Wehrmacht
Recorded and Mixed at Disharmony Studios
Released by Mithra Records and Immortal Souls Productions

Bandcamp Daily  your guide to the world of Bandcamp

MF DOOM is given his flowers, plus appearances from MC Jada Imani and Stanley Ipkuss